June 2, 2020 - Many times sons follow in their father’s footsteps, but for Chad Guinn it was the exact opposite. 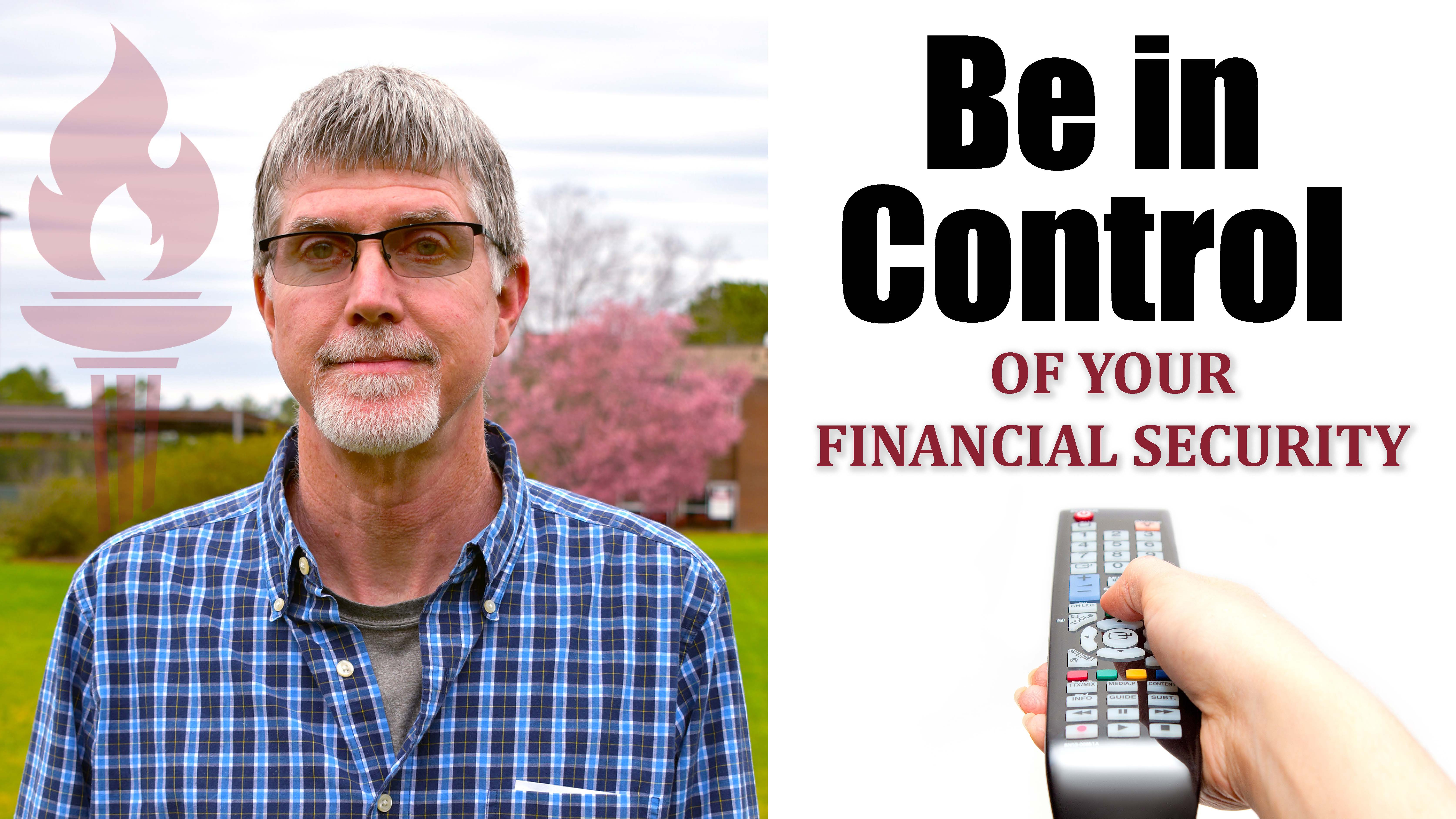 He followed in his son’s footsteps by completing the Electric Utility Substation & Relay Technology (EUSRT) program at Richmond Community College. Also like his son, Sandy, he is now working for Schweitzer Engineering Laboratories as a relay technician.

“The substation program was a life-changer for my son,” Guinn said. “Besides seeing his success and enthusiasm for the program, I wanted to make a career move that would give me more financial and job security.”

While his son graduated from the EUSRT program in 2017 at age 23, Guinn begins his relay technician career at age 52, leaving a 14-year career working as an electrician for the railroad. Guinn said layoffs were a regular concern within the railroad industry, but Schweitzer, a global leader in protective relay systems, has never had a layoff.

“Schweitzer is very selective about who they bring in to the company, and they are very supportive of them,” Guinn said. “When I interviewed with Schweitzer, there were technical things I wasn’t familiar with, but they said as long as I had a good solid base of knowledge, which I do thanks to RichmondCC, they could teach me what I would need to know to be successful.”

Son Sandy has been working for Schweitzer for two years; the older Guinn only two weeks. Both were hired by the company before they even graduated from the EUSRT program.

Enticed By A Power Career

A native of Hamlet, Guinn left Richmond County after graduating high school and moved to Atlanta to attend college. He earned an associate degree in electronics and spent many years working in that field, advancing from a technician to a management position.

In 2003, he decided Atlanta was too big and busy for his family, so they relocated back to his hometown of Hamlet and went to work for the railroad. When his oldest son graduated from high school, he encouraged him to go into the EUSRT program after hearing of the many great opportunities the two-year program at RichmondCC had to offer.

“School was completely different for Sandy once he got in the substation program,” Guinn said, describing his son’s excitement and motivation for his course work. 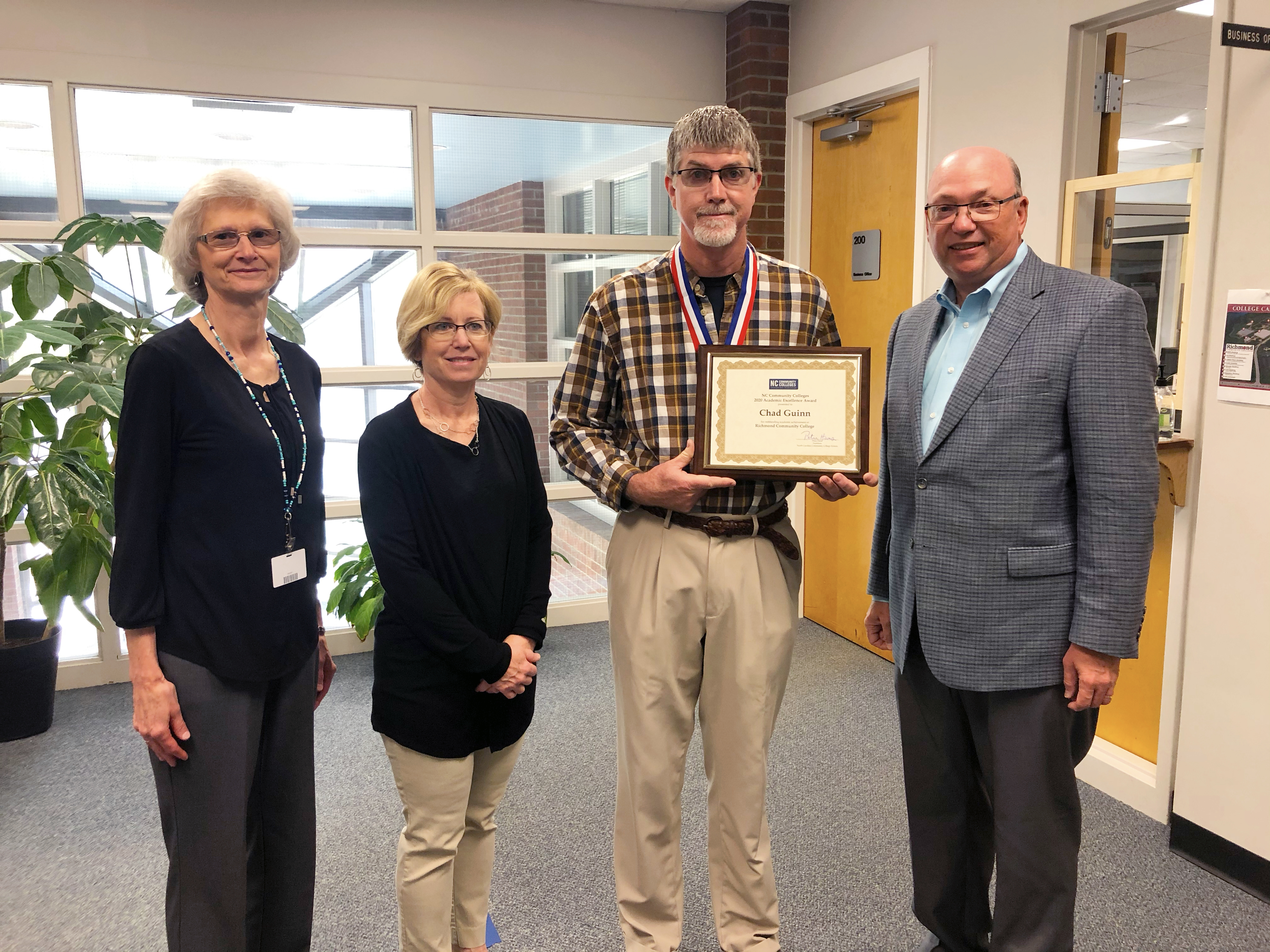 Like his son, Guinn was also very motivated and determined in his studies. Guinn graduated from the EUSRT program this spring with a 4.0 grade-point average. He was also the recipient of the 2020 Academic Excellence Award for RichmondCC in recognition of outstanding academic achievement within the N.C. Community College System.

A very modest man, Guinn was surprised to receive the award, but as for his instructors, they said he was an obvious selection.

“Chad has been one of my favorite students. He was always willing to help the faculty and students during his time here,” said Brian Terry, lead instructor for the EUSRT program. “He also worked full time while he was a student, demonstrating how determined he was to provide for his family and pursue his dream.”

Guinn worked second shift while going to college, but he was always early for class, using that time to study.

“Chad was super conscientious and engaged in his own learning,” said math instructor Leslie Smith. “He challenged me as an instructor by always asking in-depth questions and diving deeper into the concepts we were studying in trigonometry. He was also extremely friendly and willing to collaborate and share his knowledge with his classmates. I know Chad will apply himself in his next career with the same enthusiasm and zeal he brought to our trig class.”

Another one of his math instructors, Molly Hayes, described Guinn as a model student who was very disciplined.

“Chad is an incredibly hard worker who does not stop working until he fully comprehends the material and the concepts. He would often come to office hours to ask questions about assignments he was working on at home,” Hayes added.

A College That Cares

Guinn said he felt encouraged not only by his instructors, but by everybody he came in contact with at RichmondCC. He described how he went to the Financial Aid Office to learn about a scholarship for working college students who do not qualify for federal aid, and assistant director Mary Bostic would not let him leave until he had applied for more than just the Working Scholarship.

“Because she took the time to help me complete the applications, my second year of college was paid for by scholarships,” said Guinn, who received not only the Working Scholarship but also the Robert & Virginia Silvestri Scholarship and Thad & Mary Jane Ussery Scholarship.

Guinn said the time in the program went by quickly until his final semester when COVID-19 forced all his classes at RichmondCC to an online format.

“That’s when I actually consulted with my son, Sandy, on my course work. You can lose the interpretation of an assignment when you’re not in a classroom setting, so I would get his opinion on things to see if he thought that’s what the instructor was looking for,” Guinn said. “He would call every few days to encourage me.”

Both father and son are big proponents of the EUSRT program, as well as RichmondCC.

“The EURST program is a good option for anyone who is interested in a career that should be viable and financially rewarding for many years to come,” Guinn said. “Because of the many scholarships and financial resources at RichmondCC, it’s also a great advantage to start a new career with no student debt.

“No matter your age or your financial situation, the faculty and staff at RichmondCC are very supportive of students, creating an atmosphere that’s very conducive to learning,” Guinn added.

To learn more about the EUSRT program or enrolling this fall semester, call RichmondCC at (910) 410-1700 or visit Admissions. Interested individuals may also contact EUSRT instructor Brian Terry directly at (910) 410-1941 or cbterry@richmondcc.edu.