November 14, 2019 - Over the past two years, Richmond County native Sandy Guinn has traveled up and down the East Coast, from Milwaukee down to the tip of Florida. 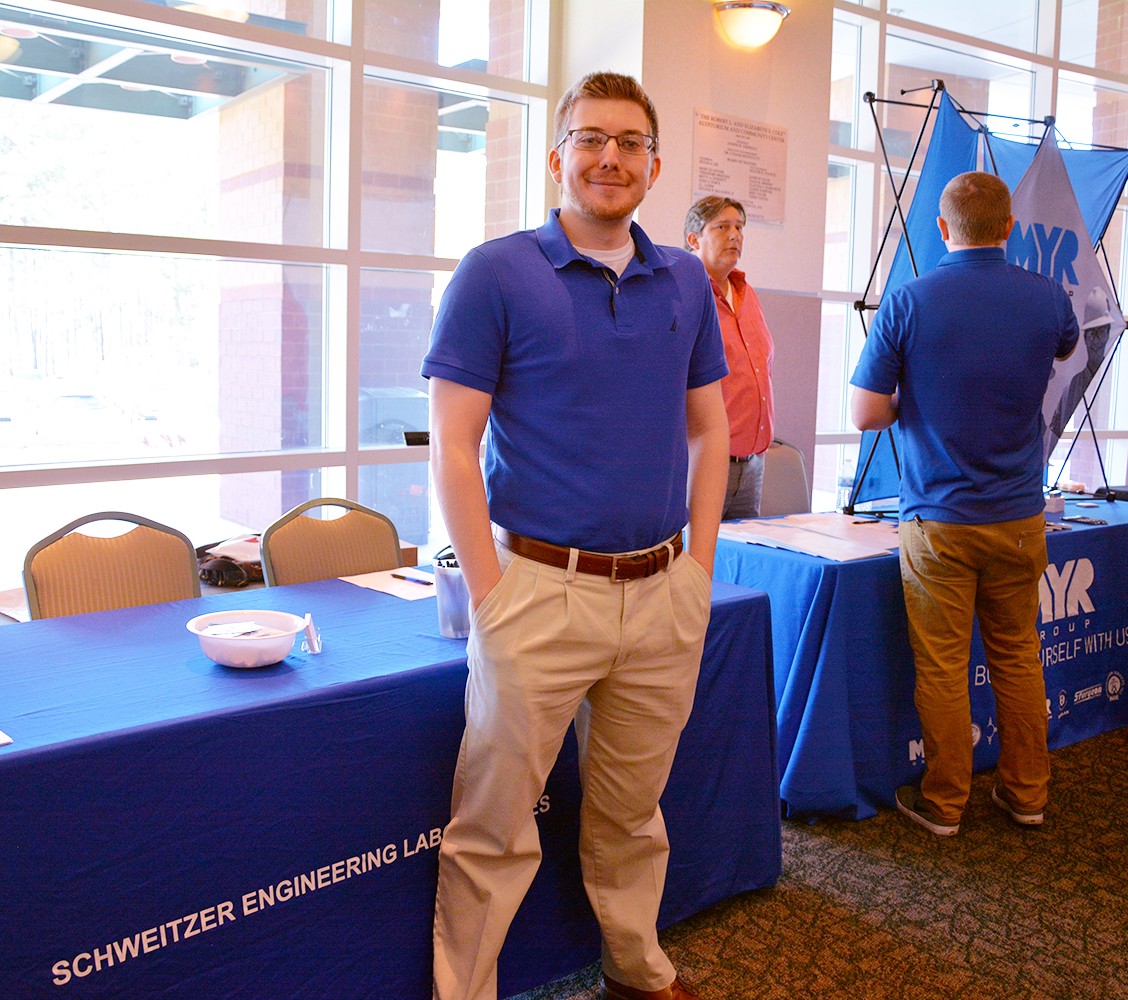 For the Richmond Community College graduate, traveling is one of the huge perks of being a relay technician for Schweitzer Engineering Laboratories (SEL).

“I have been to Washington, D.C., and toured all the monuments there, to the beaches in Florida, to the baseball stadium in Milwaukee, to name a few. It’s one of the best parts of the job,” Guinn said.

Originally from Hamlet but now living in the Charlotte area, Guinn graduated from the Electric Utility Substation & Relay Technology (EUSRT) program in 2017. He was hired by SEL during his final semester in the program and went to work for global leader in protective relay systems on Jan. 2, 2018.

“The EUSRT program was a great base on which to build my career at SEL. The material that is covered in the EUSRT program is almost identical to what I do now, and even today I sometimes refer to the notes I took in classes at RichmondCC,” Guinn said.

Guinn graduated from Temple Christian School in 2012. When he started taking classes at RichmondCC, he didn’t have an end goal in mind. But then he learned about the substation program and decided to give it a try.

“The EUSRT program changed my life for the better,” Guinn said. “I immediately found that I enjoyed the class work and the challenge that it posed. Now I am very happy with how my career has started off and hope that others can find the same success and stability that I have.”

Recruiting the Next Generation

Helping the next class of EUSRT students begin their career is exactly what Guinn found himself doing earlier this spring when SEL sent him to represent the company at RichmondCC’s Power the World Career Fair. This career fair attracts utility industry companies from around the country, plus one company from Northern Ireland, to come talk to RichmondCC students in the substation program, as well as the Electric Lineman and Electrical Systems programs. Students come to the career fair armed with resumes and dressed to impress.

For Guinn, it was fun and very encouraging to meet so many individuals interested in the same field that he chose and telling them what it’s like to work for a world-class company like SEL.

“I am constantly learning new things and being challenged every day. SEL is a company that I truly feel encourages and celebrates my growth in my field,” he said. “Everyone I’ve met in SEL is friendly, helpful and professional and has a strong sense of pride in the work that they perform.”

The EUSRT program at RichmondCC is the first of its kind in the state of North Carolina and only offered at a handful of colleges nationwide. Established in 2011 in partnership between RichmondCC and Duke Energy, the EUSRT program prepares students for lucrative careers in the electric utility industry and other industries that rely on complex control systems.

The two-year associate degree program has been prominently populated by white males; however, 50 percent of the EUSRT Class of 2019 were minorities and 9 percent of the graduates were females.