June 17, 2021 - Matthew Wood of Rockingham is a good example of how a college student can turn an internship into a lifelong career. 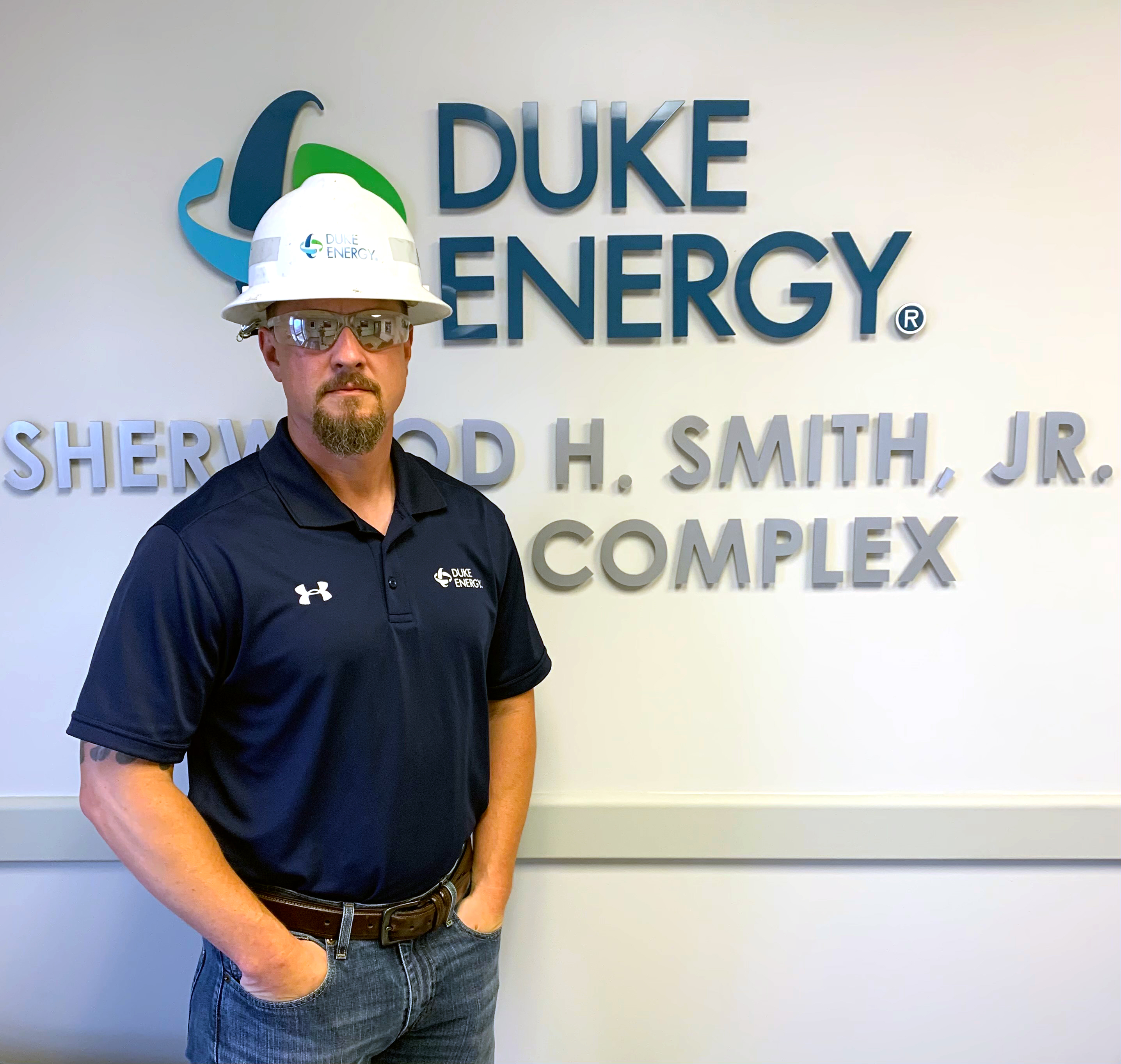 A 2011 graduate of the Electronics Engineering Technology program at Richmond Community College, Wood was accepted into Duke Energy's "Power Careers" internship program after his first year in college.

"Upon graduating, Duke offered me a full-time position as a Control Room Operator at the Smith Energy Complex in Hamlet.  I eventually made a move into the Maintenance Department, specializing in Instrumentation and Controls. I then took over the DCS System Owner role at the same facility," Wood said. 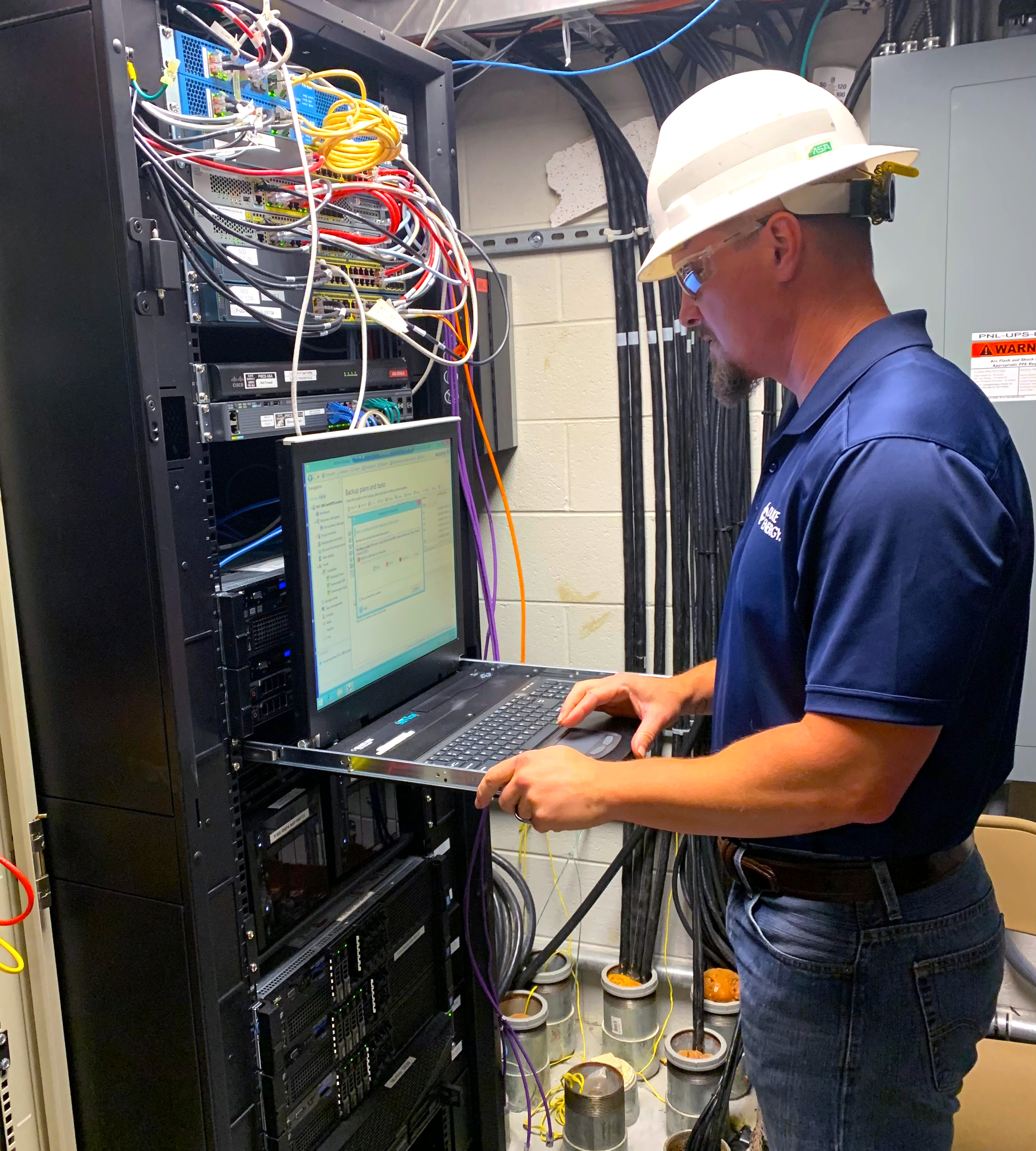 A Distributed Control System (DCS) is a computerized control system for a process or plant usually with many control loops, in which autonomous controllers are distributed throughout the system.

Wood is currently serving as the Regional DCS Engineer for the eastern region of the Carolinas Natural Gas Fleet, supporting seven stations as far south as Hartsville, S.C., north to Goldsboro, east to Wilmington, and several in Richmond County. He is also the Engineer of Record for all projects developed at his respective stations that contain a controls element.

Born and raised in Richmond County, Wood joined the military after high school and became an Electrical Power Production Journeyman in the U.S. Air Force. After leaving the military and moving back to Rockingham, he worked a few different jobs before working as a diesel locomotive electrician with CSX.

"Due to my lack of seniority, I was one of those employees. With no other real prospects for employment, I decided to use my GI Bill and go back to school," Wood said. "I had heard really good things about the engineering programs at RichmondCC, so I enrolled in the Electronics Engineering Technology program."

Wood described the program as a perfect mix of theory and application for this field of study.

"Instructors, such as Amir Niczad, were invaluable in my success! Each course provided me with an excellent foundation in the fundamentals of electronics engineering and gave me all the necessary tools to build on that knowledge moving forward in my career field," he said.

Wood has decided to further his education and is working on a bachelor's degree in Information Technology from Liberty University.

Despite a demanding work schedule, Wood still makes time for the things he enjoys: golfing, fishing, woodworking, weightlifting, gaming and first and foremost living to glorify his God and Savior, Jesus Christ. He and his wife, Marcie, have four children: Cheyenne, Jakob, Carleigh and Paisley.

Wood and his family have a strong connection to RichmondCC. His mother, Janice Russell-McInnis, was a teacher in the Richmond Early College High School program before retiring, and his oldest daughter is currently a student in that program. His wife also graduated with an Associate in Arts degree from RichmondCC in 2006.

"RichmondCC has proven to be an excellent school, both for continuing education and for building on previous experience to increase future career opportunities. I am especially impressed with the variety of associate degree and certification programs that lead to a good living wage," Wood said. "There is something for everyone at RichmondCC."

RichmondCC is now accepting new students for the 2021 Fall Semester. Applications can be completed for free online or by visiting Student Services at the Hamlet Campus or the Scotland County Campus. Call (910) 410-1700 for more information.