Oct. 12, 2021 - If you remember learning about the Constitution, grammar rules or your multiplication tables through the catchy tunes of the educational TV program Schoolhouse Rock, then mark your calendars for Sunday, Nov. 14. The childhood favorite turned musical, “Schoolhouse Rock Live!,” will be at the Cole Auditorium for a 3 p.m. matinee show. 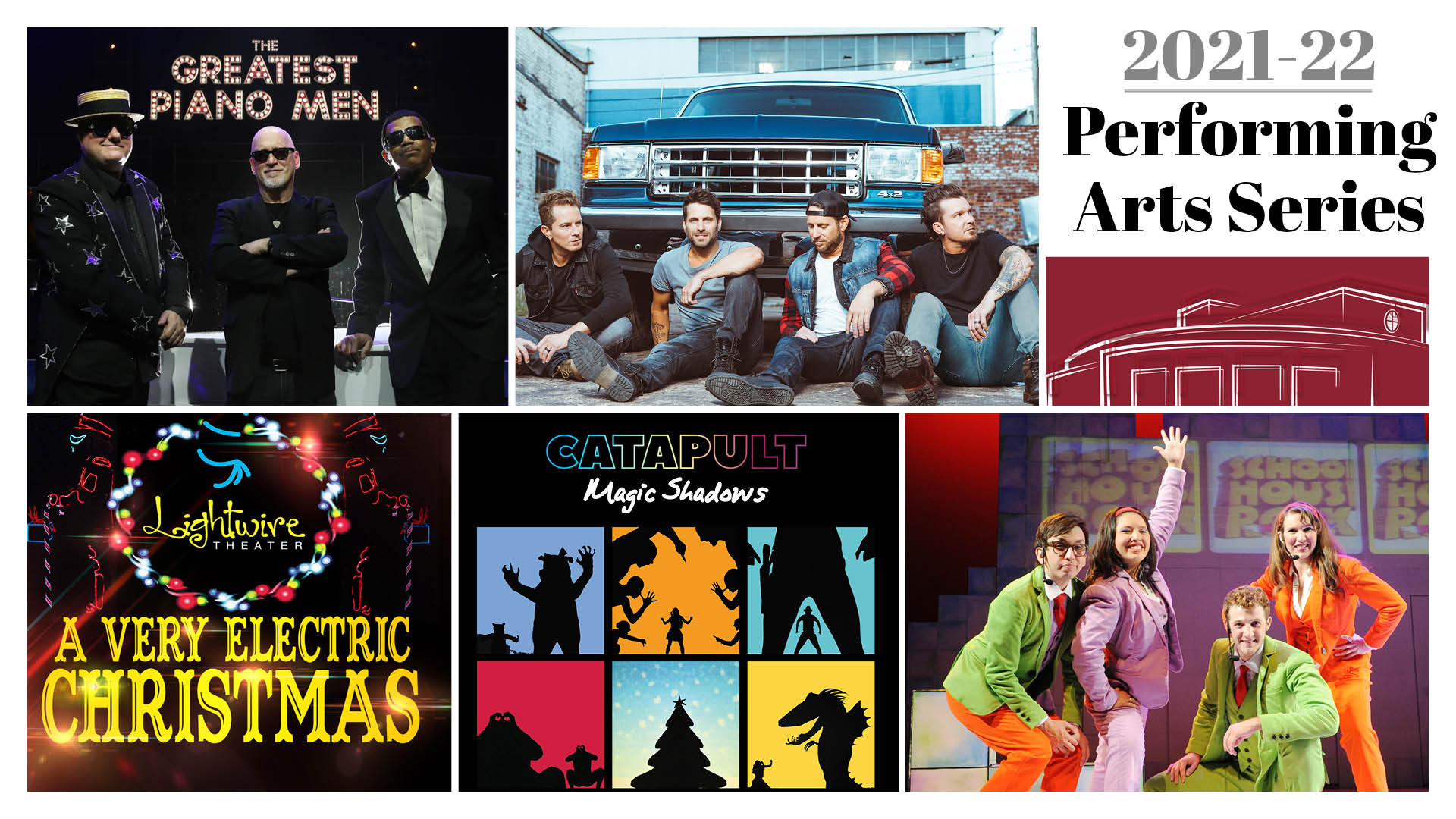 “We are excited to kick off the 2021-2022 Performing Art Series with this family show that will entertain children and parents alike,” said Director of the Cole Auditorium Joey Bennett. “The timeless entertainment of this musical will bring back nostalgic memories for those who grew up watching Schoolhouse Rock every Saturday morning, while creating a new generation of fans.”

The Cole Auditorium, located on Richmond Community College’s campus in Hamlet, had to cancel its Performing Arts Series last year due to the pandemic.

“We are looking forward to bringing back the top quality performances and shows that we are known for,” Bennett said.

Country music band Parmalee will be in concert Thursday, Nov. 18, at 7:30 p.m. Parmalee started getting noticed on the country music scene in 2012 with their song “Musta Had A Good Time.” Since then, the band has made six entries on the Billboard Hot Country Songs and Country Airplay charts, with two number-one singles on the latter: “Carolina” in 2013 and “Just the Way,” a collaboration with Blanco Brown in 2021.

Just in time for the holidays, Lightwire Theater will bring “A Very Electric Christmas” to the Cole for two shows on Saturday, Dec. 4, at 2 and 7 p.m. Audiences of all ages will watch in wonderment as captivating characters pursue a holiday journey of inspiration and light, all set to Christmas classics, including songs from Nat King Cole, Tchaikovsky and Mariah Carey. Lightwire Theater has been featured as semi-finalists on NBC’s “America’s Got Talent” and winners of Tru TV’s “Fake Off.”

Also an “America’s Got Talent” finalist, dance company Catapult will bring its “Magic Shadows” show to the Cole on March 1 at 7:30 p.m. Catapult is technically a shadow dance company, but it is also a theatrical art form that is an imaginative combination of dance, story-telling and sculpture.

Wrapping up the Performing Arts Series will be a rocking, crowd-pleasing concert featuring “The Greatest Piano Men” on March 24 at 7:30 p.m. This electrifying production celebrates the world’s greatest pianists and showmen, including Elton John, Billy Joel, Stevie Wonder, Ray Charles, Jerry Lee Lewis, Little Richard and all the way to Beethoven and Liberace.

Originally scheduled for Oct. 28, actor, singer and dancer Ben Vereen had to cancel his performance at the Cole. He was cast in an upcoming television sitcom, “B Positive,” and was unable to work in the October show due to filming conflicts. The Cole Auditorium has notified all who had purchased tickets to the Ben Vereen show and will be issuing refunds.

Performing Arts Series show tickets will only be sold individually this year. Show tickets can be purchased online or in person at the Cole Box Office, which is open Monday through Thursday 8 a.m. to 5 p.m. and Friday from 8 a.m. to 2:30 p.m. Tickets can also be purchased by calling the Box Office at (910) 410-1691.