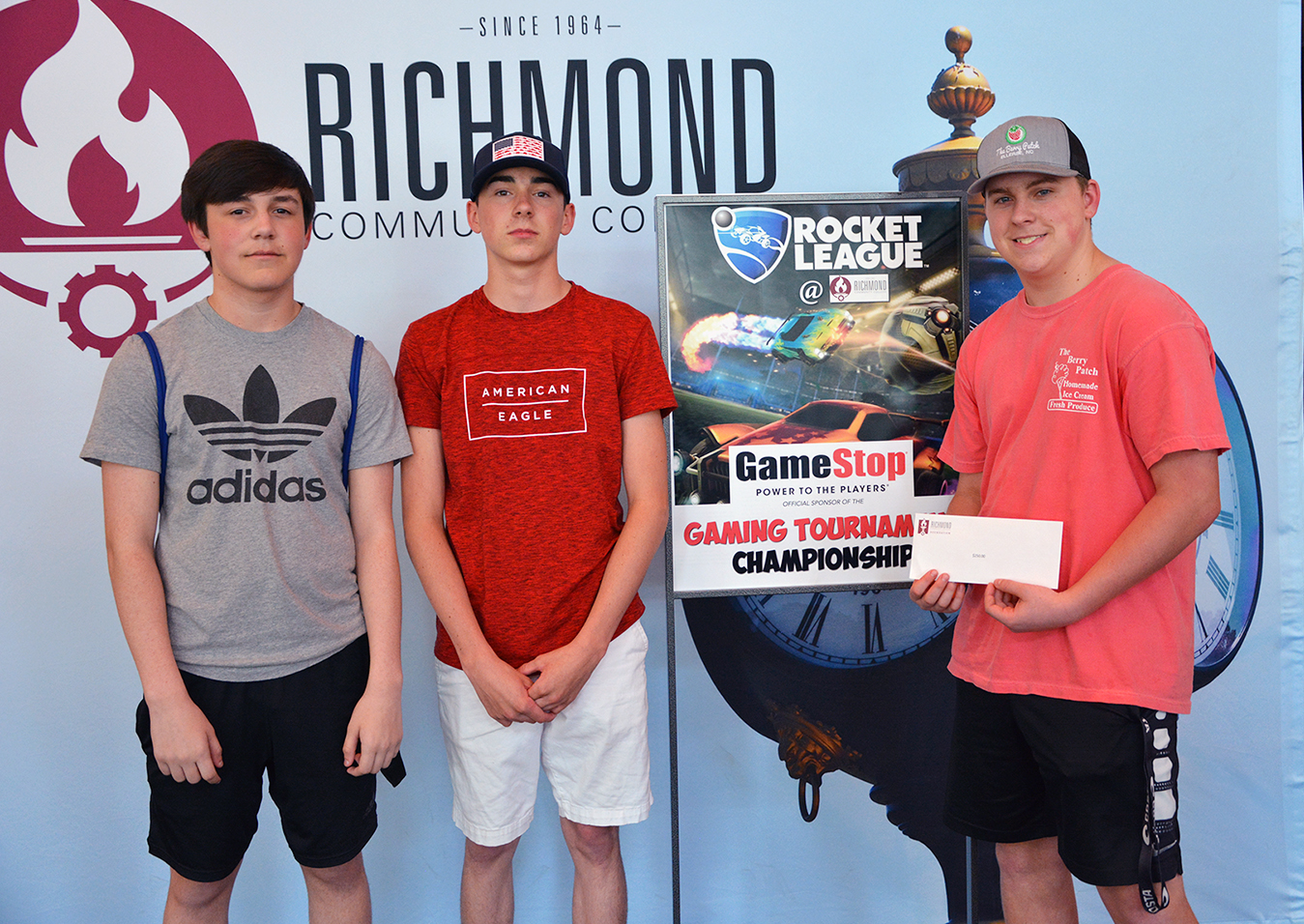 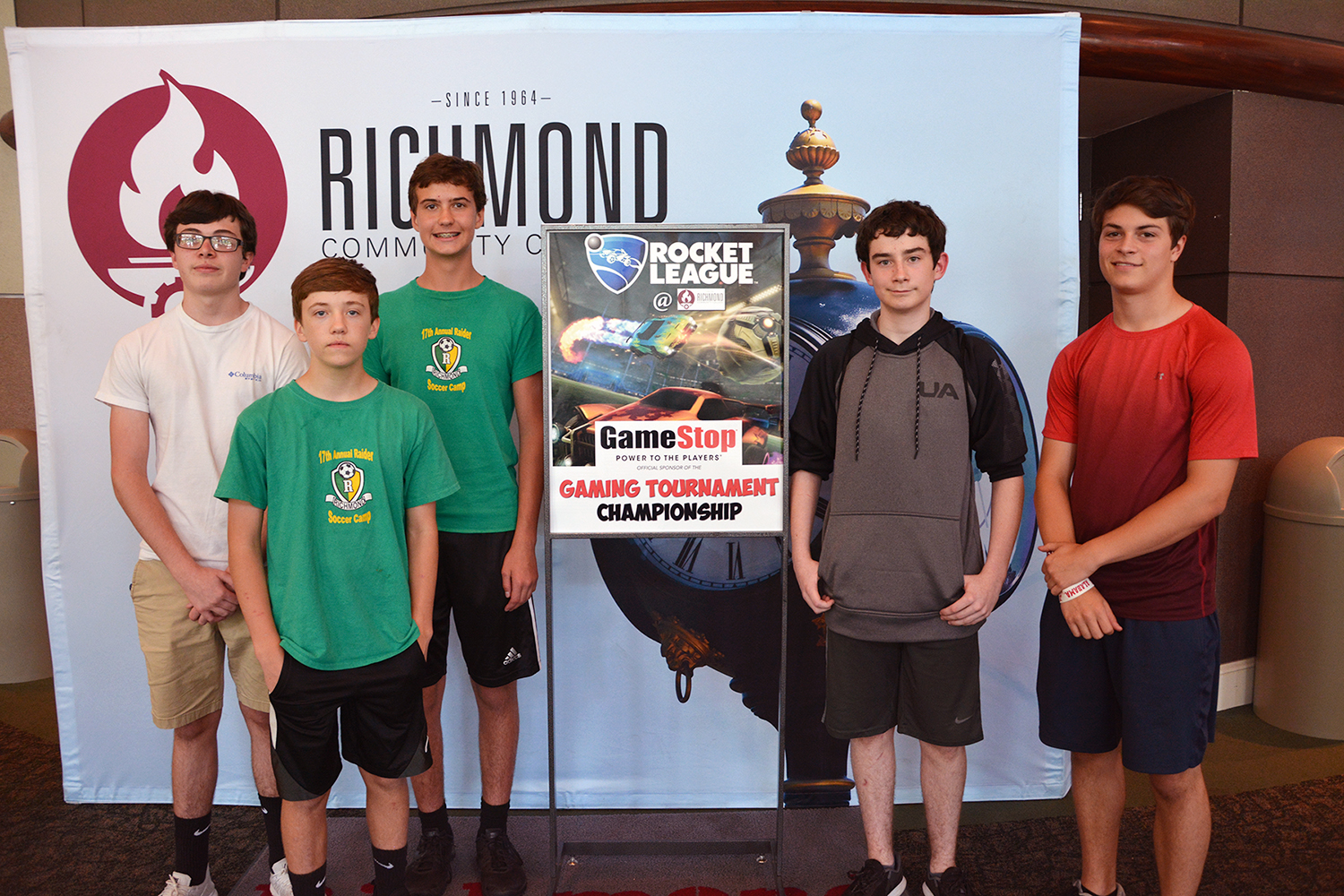 The Rocket League Gaming Tournament was a fundraiser for the Summer STEM Camps at RichmondCC.

Eight teams faced off in the final rounds of the competition after a month-long Rocket League battle online. Rocket League is a vehicular soccer video game where players use rocket-powered vehicles to hit a ball into their opponent’s goal and score points over the course of a match.

Saturday’s tournament was open to the public for those who wanted to spectate via a live stream of the games, and GameStop provided other games for people to play in a “Gamers’ Room.” Besides video games, there was also a drone flying simulator and instructors on hand for real-life drone flying lessons. 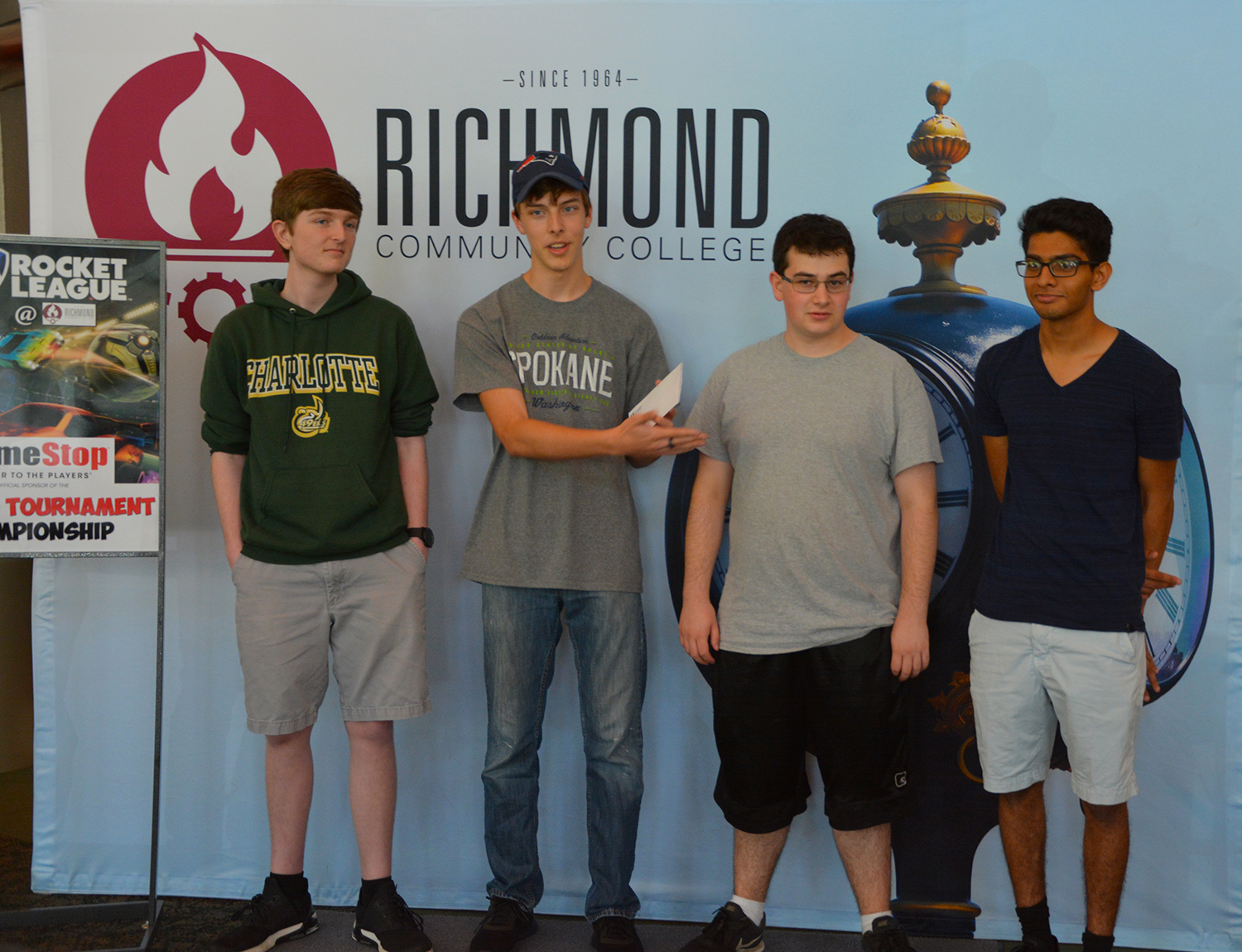 “This was the first time we’ve hosted anything like this, and it was a huge success,” said Dr. Hal Shuler, Associate Vice President of Development. “I really want to thank the Early College students who helped make this tournament happen. Yash Patel, Matthew Newton, Braxton Talbert and Jake Michaels were instrumental in making this tournament run smoothly.”

Shuler said his team is already working on details for another gaming tournament to be held sometime in February.