Sept. 7, 2022 - Sometimes the cards that life gives you may not be the best hand that you can play, but for Kelvin Brewington of Hamlet, he took a gamble on his hopes and dreams and it paid off. 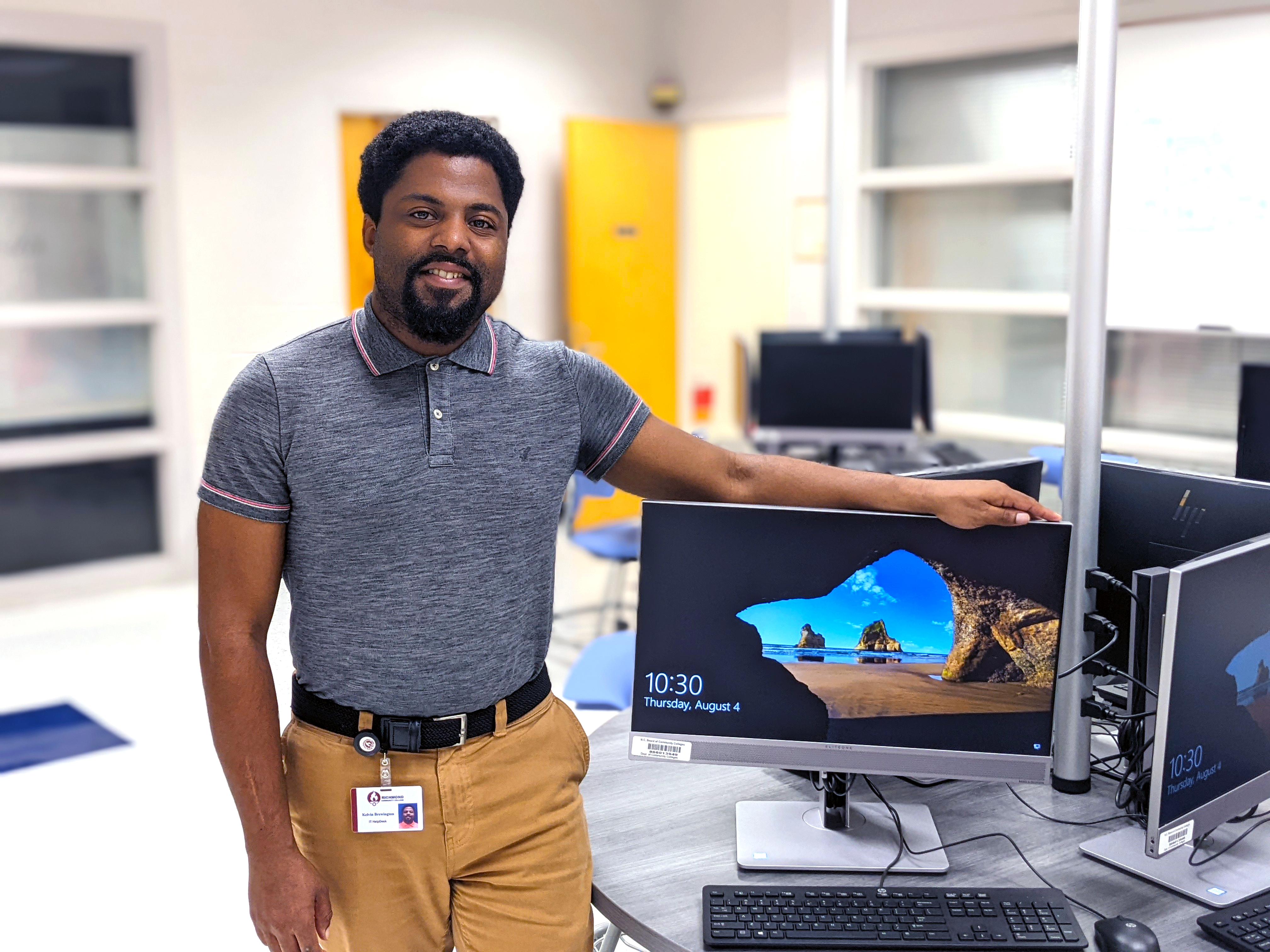 Brewington graduated from Richmond Community College’s Information Technology program in May. He also just completed an internship with the College’s IT department and was recently hired by Richmond County Schools to be a Level 1 PC technician. As a member of the school system’s IT department, he will help repair and maintain technology-related equipment across all Richmond County public schools.

“Computers and technology have always been one of my many passions in life. Choosing Information Technology as my program of study at RichmondCC was a way of turning one of my lifelong passions into a career opportunity,” Brewington said.

So studying IT was not a gamble for Brewington. However, dropping out of Mars Hill University after one year was. It left him without clear direction of what to do with his life.

Brewington returned home and started working in a clothing store in Rockingham.

“Spending four years in retail put things into perspective for me, as far as climbing the ladder and wanting more out of life,” he said.

Brewington was still working his retail job when he enrolled at RichmondCC in 2019, but he focused his energy on studying and working toward an IT career. He applied through RichmondCC’s Career & College Transfer Advising Center for a campus job with the IT Department’s Help Desk service. When he got the job, however, he knew he had a hard decision to make.

“I passed up an opportunity to become an assistant manager (at the retail store) so that I could work part-time as an intern and focus solely on my education,” Brewington said. “It is a decision I look back on because I took a gamble that greatly paid off for me in the end.”

As an IT intern, he got a lot of hands-on practice with computers and equipment that coincided with what he was learning in the classroom. He also had the whole IT Department as mentors.

“They took me under their wing and taught me many valuable lessons. Lee Montrose, Tug Gainey and Birgit Godfrey made it possible for me to put my foot into the door of information technology and also allowed me to believe in myself as I begin the first chapter in my IT career,” Brewington said.

When Brewington started working for the College’s IT Department, he had no experience, but what he lacked in experience he made up for in great customer service.

“Kelvin took that attitude and used the skills he learned working in our department to become a great asset for our Help Desk,” said Chief Information Officer Lee Montrose. “While he was here, I always received compliments about his attitude and helpfulness from our customers.”

Brewington also had the help of his family, whether it was giving him rides to school or emotional support. In fact, family and friends influenced his decision to go to RichmondCC. 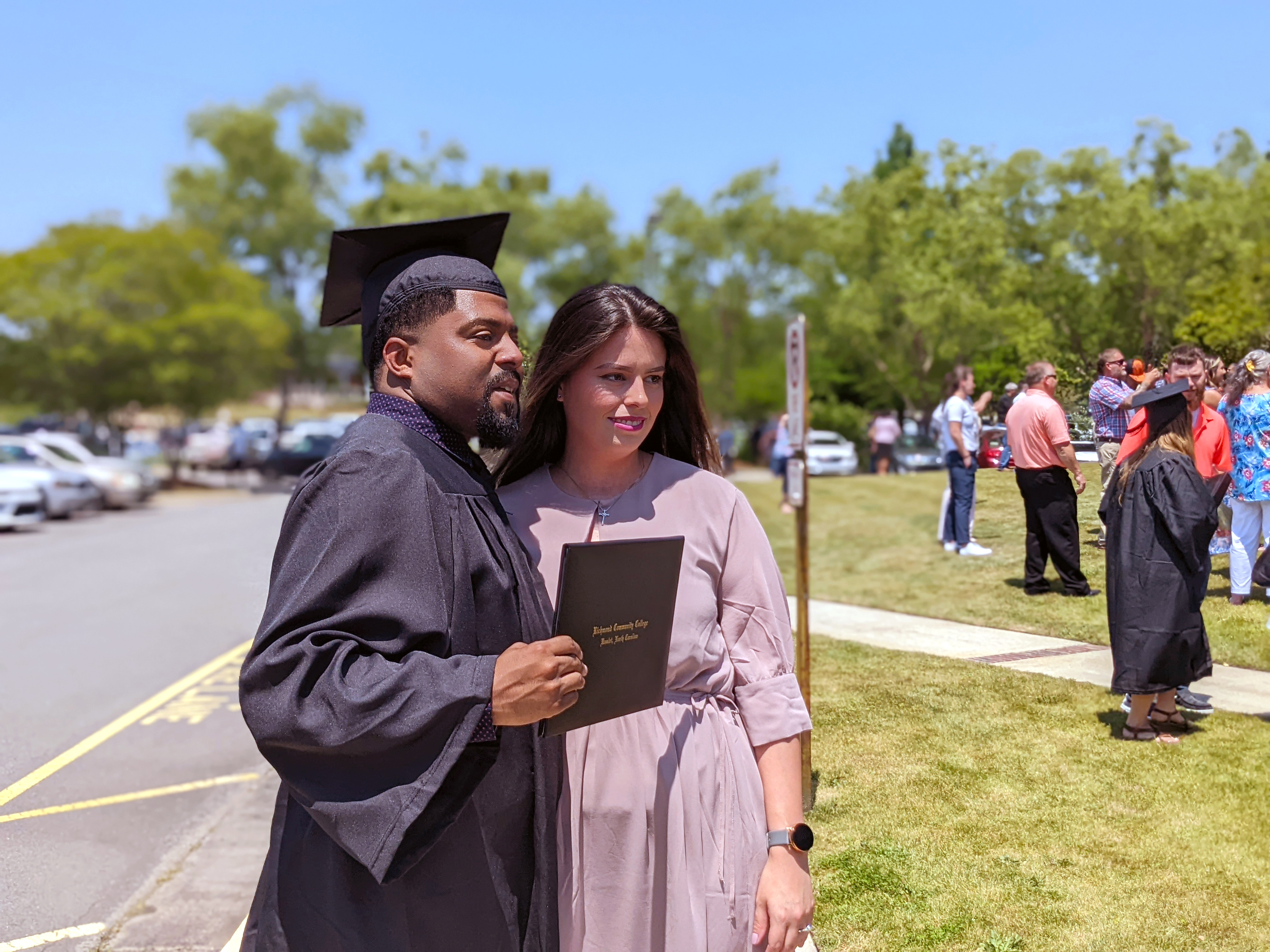 “Many of them utilized the College as a stepping stone for future degrees and career opportunities,” he said.

Brewington said one of the best things RichmondCC did for him was help him get back on track after being out of school for several years.

“I would recommend RichmondCC to anyone who is lost and looking for a fresh start,” he said. “RichmondCC and its dedicated staff provide many tools that students of any age can use in order to broaden their horizon and begin a new career choice or even learn a new set of skills.”

Fall semester has begun at RichmondCC, but there’s still time to sign up for late-start college classes or any number of short-term workforce training courses. To learn more, call (910) 410-1700.