Sister Hazel Coming to the Cole on Feb. 29

Sister Hazel Coming to the Cole on Feb. 29 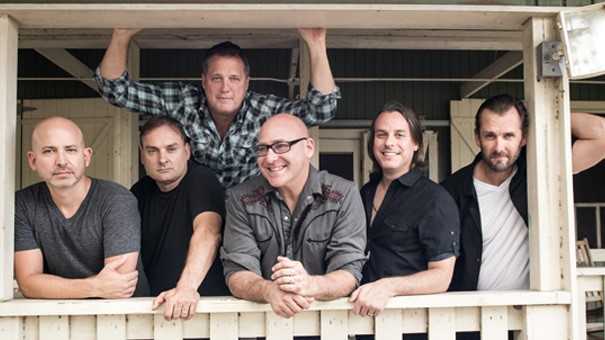 This concert wraps up the season for the Fidelity Bank Rock ‘N Country Music Series.

Originating from Gainesville, Fla., Sister Hazel emerged onto the rock scene in 1993 with elements of jangle pop, folk rock, classic rock and Southern rock. Their song “All for You” topped the adult alternative charts during the summer of 1997, and its success propelled their album to platinum status.

“Sister Hazel is a great band that puts on a great concert,” said Cole Auditorium Director Joey Bennett. “They have a growing fan base called the ‘Hazelnuts,’ so we hope to create some new Hazelnuts for the band right here in Richmond and Scotland County.”

Sister Hazel is comprised of five gifted, seasoned musicians whose well-spring of natural talent has been called “one of the Top 100 Most Influential Independent Performers of the last 15 years” by Performing Songwriter Magazine. In concert, the band brings a lively show with sing-along favorites like “All for You” and “Happy,” in addition to a mix of new tunes that stay true to their Southern rock roots.

The group got a nod from country music fans when their 2016 album, “Lighter In The Dark,” landed at No. 4 on the country charts. The band landed on Billboard’s Top Country Albums Chart again in 2016 with “Unplugged From Daryl's House Club” at No. 75. In February 2018, “Water,” Volume I of a collectible compilation series titled “Elements,” landed at No. 9 on the Billboard Country Albums chart and at No. 2 on Billboard’s Independent Albums chart. The band also also made their debut on the most revered stage in country music, the Grand Ole Opry.