May 15, 2019 – While a huge rock music festival was happening just a few miles down the road in Richmond County on Saturday, May 11, Dr. Dale McInnis said the real rock stars were seated right in front of him at the Cole Auditorium. 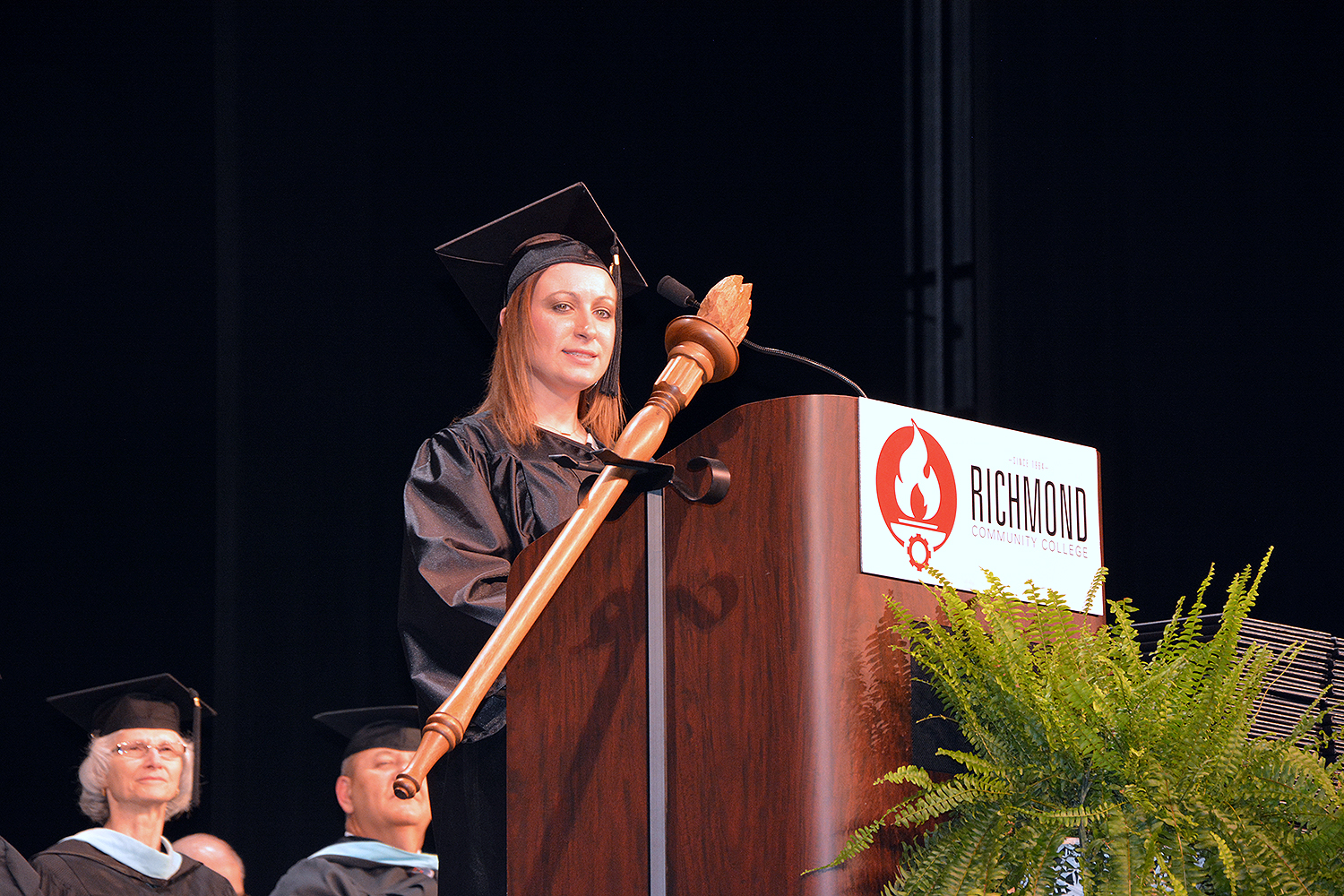 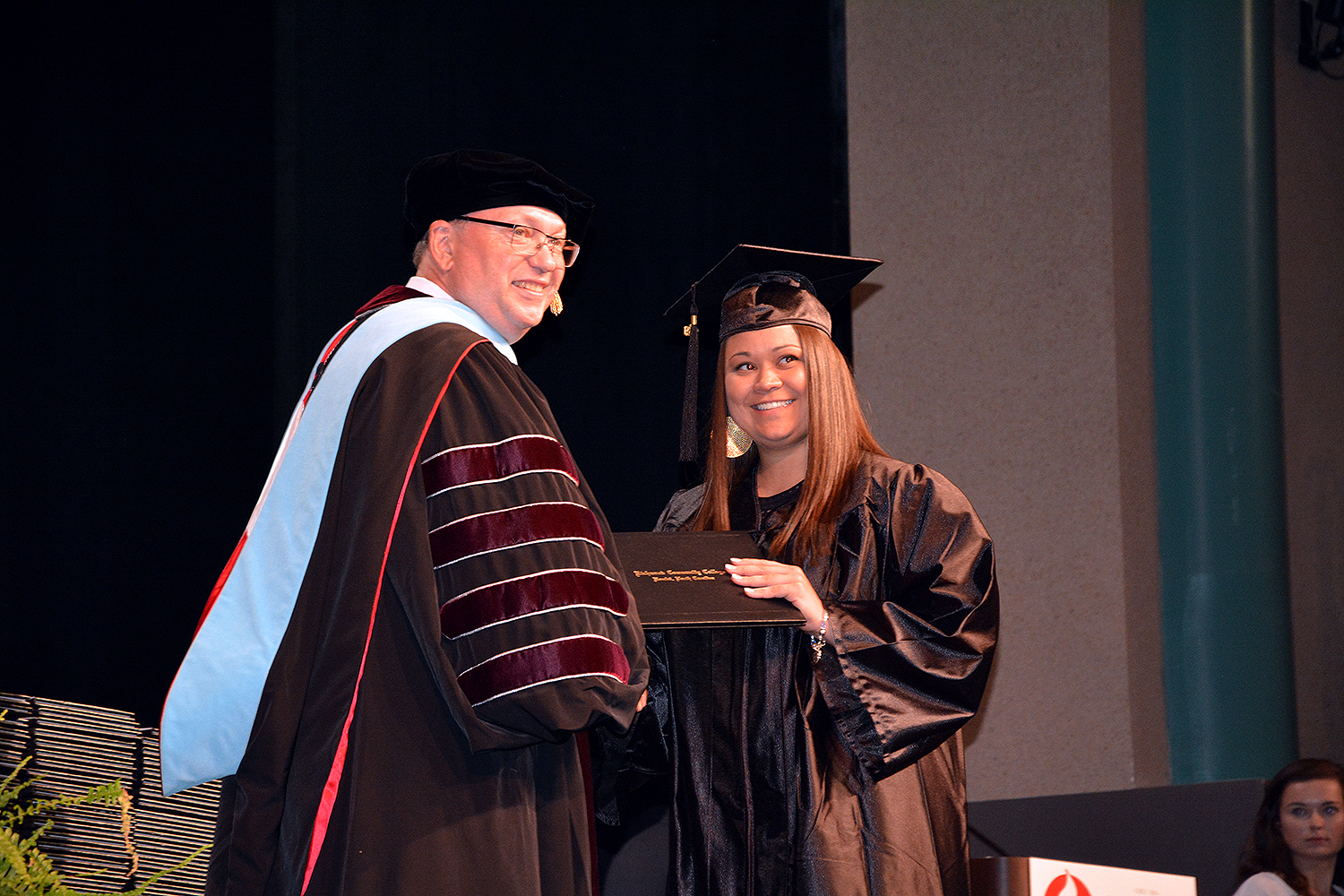 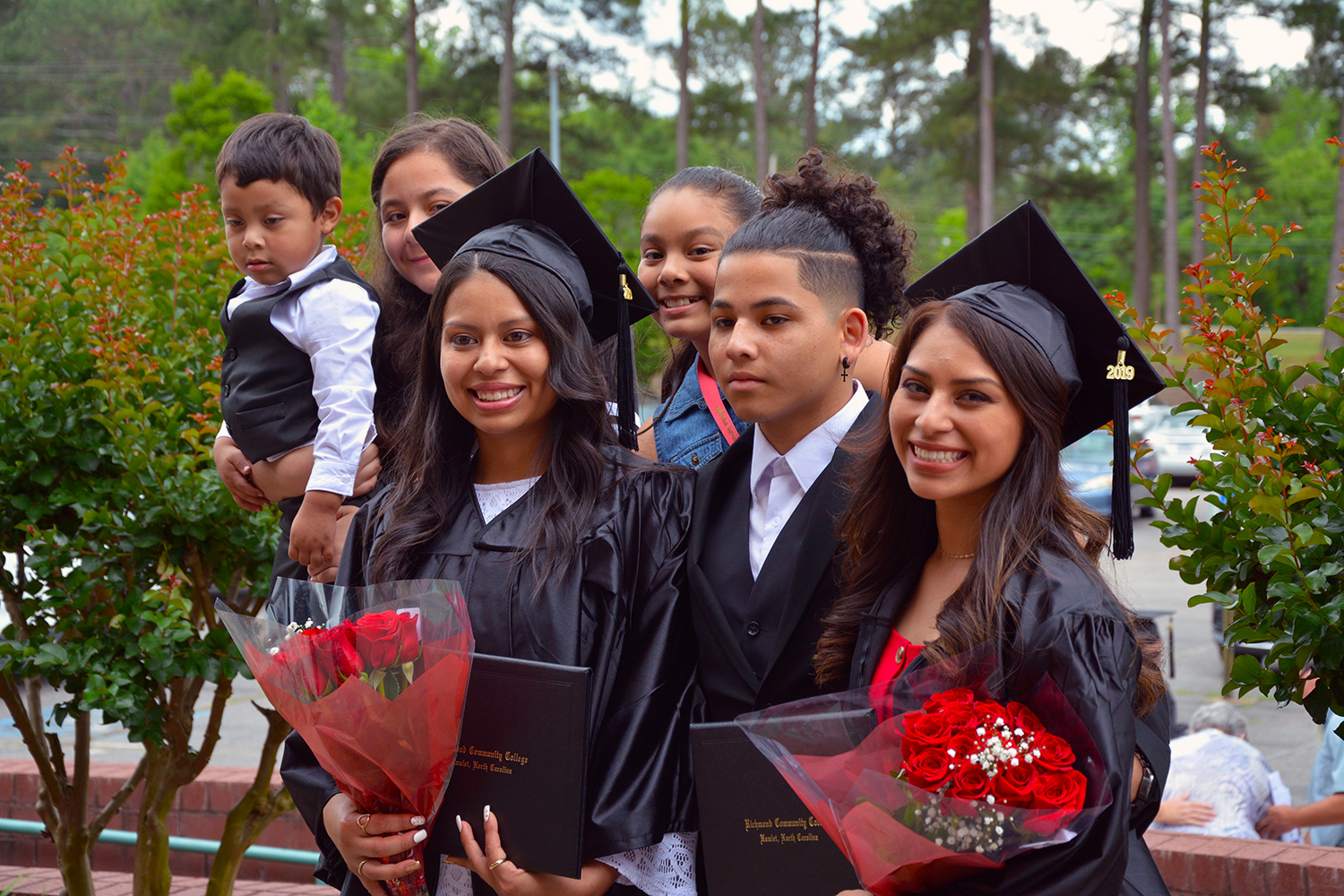 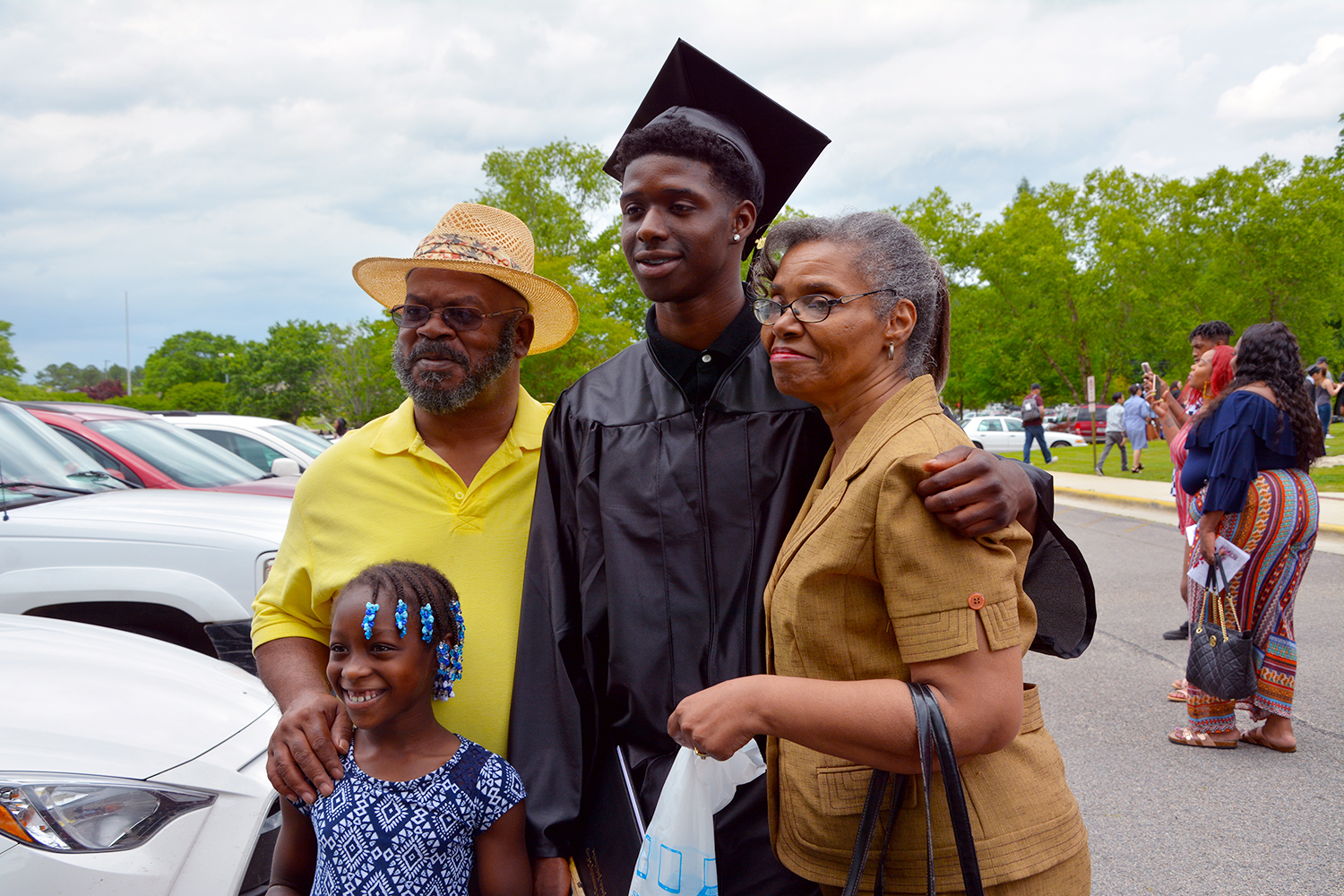 McInnis, president of Richmond Community College, awarded 429 students a total of 477 degrees or diplomas during the two graduation ceremonies held for the Class of 2019.

“This is the largest graduating class in Richmond Community College’s 55-year history,” McInnis said. “To the family and friends who are here today, your support has ensured these students’ success.”

Value Cannot Be Taken Away

Student speaker for graduation was Student Government Association President Nicole Williams. She started her speech by holding up a $20 bill and asking whom in the audience wanted it. After much applauding and hand raising from the crowd, she crumpled it up and stepped on it. She asked the question again and was met with the same reaction.

“I have just demonstrated to you a very important lesson that no matter what I do to the money, you still want it because its value does not decrease,” Williams said. “Take this important life lesson with you wherever you go. No matter what others say or what others may think of you, you are valued. You did not come this far and accomplish this much to let others devalue yourself.”

Education Is the Key

Information technology instructor Reese Bostic also delivered a speech during the morning graduation ceremony. He told the story of a young man who grew up in a household that did not have a strong background in education, but over time this young man came to recognize that knowledge is power but education is the key.

Bostic explained how the young man continued to gain new opportunities each time he gained more education. After earning a master’s degree, he finally discovered he had a passion for teaching, and he did not give up on that goal.

“This young man’s keys (education) gave him the opportunity to go from a shy person that was from a rural area with a weak background to RichmondCC’s faculty president and speaking to you today on your graduation,” Bostic said, wrapping up his autobiographical story.

Another faculty member spoke during the afternoon ceremony. Alan Questell, business instructor and distance learning director, told the Class of 2019 to take away two things from their college graduation achievement.

“When you face new obstacles and new challenges, you'll have this experience to draw on and that will give you the confidence you’ll need to succeed.  Second, there are always people who are willing to help you,” Questell said.

Questell is retiring this summer after working 29 years for RichmondCC as an instructor, department chair and division chair. He asked for a favor from the last class he would have a hand in educating at RichmondCC, promising to do a favor in return.

“Support your college. I don’t mean financially, although if you’re ever in a position to do that, that would be nice. But tell your story to others.  Let them know what this experience meant to you,” Questell said. “If someone encouraged you while you were here, then you encourage someone else. That’s your favor to me and that’s my favor to you. Because if you will do that, you will help your college thrive and serve others and enhance the value of your degree.”

Six students were also recognized during the graduation ceremony for high honors in their area of study.